If you ever dreamed of catching a big fish in Florida, knowing the biggest fish caught in the said state will inspire you to keep fishing.

Catching a fish is an exhilarating experience, so imagine the thrill of reeling a big one to your boat. This post is regarding the biggest fish in Florida that might be your next catch today.

If your goal is to catch a big fish in Florida, read on to find out the biggest fish caught in the said state. Also included is a list of the best fishing spots in Florida and some tips on catching colossal fish.

According to the Wildlife Conservation Commission, a huge fish weighing 350 pounds was caught in southwest Florida. The fish was identified as a Warsaw grouper, a species of marine ray-finned fish from the Epinephelinae subfamily related to the Serranidae family, wherein sea basses and anthias belong.

With its enormous weight and size, this Warsaw grouper is considered among the biggest fish in Florida. The Fish and Wildlife Research Institute says that the giant fish was caught with the help of a hook and line in about 600ft. of water.

Each fish species has a maximum size they can grow into. While some groupers are relatively small, Warsaw grouper and other groupers can be pretty significant. The largest grouper can grow over a meter and weigh nearly 880 pounds.

According to biologists from FWRI’s Age & Growth Lab, the Warsaw grouper caught in southwest Florida was around 50 years old. For this reason, it was declared as the oldest sample collected for the agency’s aging program.

Physical Characteristics Of A Warsaw Grouper

What makes a Warsaw distinct is its elongated second dorsal spine. This fish species is the only one that has ten dorsal spines because the rest has eleven.

Usually, adult Warsaw thrives in depths of 180 to 1700 feet, while juveniles are sometimes found around shallow-water reefs and jetties in the northern Gulf.

This big fish can grow into 7.5 feet and weigh up to 580 pounds. The recorded largest fish caught in Florida is 440 pounds.

As of today, the population of Warsaw grouper is not known. For this reason, the FMC says they don’t encourage fishing the said species.

Below is a list of important fish species that are caught in Florida:


Tips To Catch A Big Fish In Florida

1. Get A Proper Tackle

If you aim for a large fish, you will need to have a suitable tackle cable. An appropriate tackle cable will allow you to cast your bait or lures to where the big fish are. Also, it has to be durable enough to withstand the fight involved in reeling the fish to your boat or shore.

You will need the three primary pieces of tackle to catch a giant fish, namely, fishing line, rod, and reel. To check if the pieces you will buy are strong enough for capturing big fish, look out for their labels as every fishing equipment is rated by the pounds of force they can withstand.

2. Choose Your Lures Or Bait

Another tip to successfully catch a big fish in Florida is to get the best tool to attract and hook huge fish. To attract fish, you need either a lure or a bait.

Lures are usually made of plastic, metal, wood, or non-organic substances that attempt to mimic the form of a small fish, insect, frog, or other creatures that fish prey upon.

On the other hand, bait is an organic material that is often alive, but not always, such as earthworm or minnow. You can also find baits in the form of corn, chicken livers, and other foods and organic substances.

When catching large fish, the number one rule is to utilize a large bait for big fish to notice and bite. While it is not always the case, it is best to use the largest bait in the spectrum to get the attention of big fish.

3. Find An Ideal Body Of Water To Catch Big Fish

You can only catch a big fish in a body of water where there are lots of large fish. Some places don’t have any fishing access to large fish species and contain much accessible big fish.

Among the top fishing spots in Florida where you can catch a big fish are the following:

Fishing is not based on luck, especially if you are trying to catch a big fish in Florida. So, make sure to determine the best time, day, and season where big fish are possible to catch.

For instance, the Central West area of Florida is among the ideal places to catch fish. But, it is best to go there from April to September.

Fishing in other months won’t necessarily leave you with no catch as the place is known to have an all-year fishing activity. However, fishing enthusiasts who want to have a higher chance to catch a huge fish should try fish during the recommended months.

If you are targeting to visit a particular fishing spot in Florida anytime soon, be sure to do some research. Learn the best time, day, and season where fishing time is at its peak. Also, determine the time and place where the fish you are targeting is most active feeding.

As mentioned earlier, choosing the right body of water is vital to catch huge fish. A river or lake might seem similar to an untrained eye, but fish usually gather in specific areas underwater and never stay in other areas. The same is true with large fish that typically have predictable patterns.

Usually, big fish likes to gather in structures such as a patch of lily pads, sunken trees, bend in a river, or rock outcropping. These layouts provide some sort of concealment and shelter for fish. So, make sure to choose a fishing spot with structures to catch large fish.

6. Know-How To Maneuver Your Lure or Bait

Now, you are ready to catch a big fish. But before that, you have to be capable of casting your bait or lure to the spot where massive games gather and appropriately work the lure or bait to attract the fish.

When using bait, working it the right way is usually as simple as letting it sit or suspend on the bottom until a fish bites. On the other hand, artificial lures require you to retrieve the lure for it to seem alive.

It doesn’t matter if it is jerks, a steady reel, or twitches. You have to bring the fishing lure through the water while stimulating life to trigger a colossal fish to bite.

To sum it up, based on Florida’s record of the biggest fish caught, the biggest fish in Florida could be the Warsaw grouper. The enormous fish was once caught in southwest Florida, weighing 350 pounds, while the biggest caught was 440 pounds.

Aside from this fish species, other big fish you can catch in the said state includes largemouth bass, common carp, striped bass, alligator gar, longnose gar, blue catfish, and flathead catfish. If your goal is to capture a big fish in Florida, make sure to follow the tips mentioned earlier for better results.

Top 10 Fish That You Can Find In Florida

Bass See These Colors: So Make Sure Your Lures Are The Right Ones 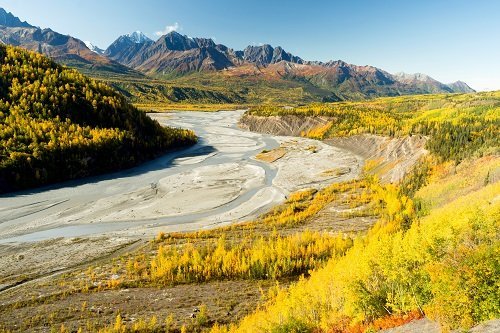 The 9 Top Places Largemouth Bass Hang Out: Plus Seasons