Seafood has been a crucial part of human diets, and it is becoming increasingly valuable economically—several countries export fish, crustaceans, mollusks, and other marine food products in high quantities. And the competition for fish exportation is getting more and more intense.

Now that you know which country is the top fish exporter, it is time to know it. Therefore, this article will focus on China’s successive biggest fish exporter since 2002.

China has been the leading supplier of fish and fisheries products since 2002. It has further solidified its leadership position in recent years. Its exports totaled $9.0 billion in 2006, increasing to $9.3 billion in 2007.

This rise is due to increased fishing production and the expansion of the fish-processing industry. Both of those reflect low labor and production costs. In addition, China exports reprocessed imported raw materials and exports from domestic fisheries production, adding significant value to the process.

In the last decade, Chinese fisheries imports have increased dramatically. With US$4.1 billion in imports in 2006, it was the sixth-largest importer. The imports totaled $4.5 billion in 2007.

This expansion was visible after the country entered the World Trade Organization in late 2001. It decreased import tariffs, including those on fish and fisheries products.

The imports of raw materials for reprocessing and export by Chinese processors account for a portion increase. It does, however, indicate Chinese increasing domestic consumption of species, primarily of high value not available from local sources.

It isn’t easy to figure out which species and in what quantities China reprocesses. For example, only ten countries provide 97 percent of the total salmon, whitefish, and tuna supply in China, with the Russian Federation accounting for 57 percent.

The Russian Federation gives additional raw material supply in non-species-specific areas. For example, the manufacturing of salmon and whitefish are primarily reliant on imported materials. However, tuna processing may be proportionally more reliant on supplies landed by Chinese fishing vessels.

The status of tuna remains unknown due to a lack of information on fish landings in China. The routing country, or China itself, was cited as the country of origin in several instances of suspected misdeclaration of species.

There was an investigation of misdeclaration of quantities and these difficulties with species identity and origin. However, there was no identified evidence of systematic under-reporting of imported amounts.

Not processors, but diverse imports–export corporations are some of the top importers in China of fish raw materials. These businesses provide services to various industries, including textiles and machinery. They also frequently source and distribute fish on behalf of large and likely small re-processors.

This service is not free. However, it provides flexibility in the dynamic channeling of raw materials to a network of companies as market conditions change.

China seeks to exert itself on the oceans and promote its geopolitical goals from East Asia to Latin America. As a result, more than just seafood is at stake. The massive fishing fleet of China has gone into foreign waterways, diminishing fish stocks, after exhausting places close to home.

The Chinese ships, numbered over 700 last year, appear to violate UN prohibitions. Most of these are not allowed foreign fishing in North Korean waters.

The seas have a woeful lack of control and raise challenging concerns about the implications of the ever-expanding maritime role of China. It has a drastic effect on the geopolitical ambitions of the country.

Most Chinese ships are so enormous that they can capture as many fish in a week as a local boat can in a year. As a result, the total size of the Chinese global fishing fleet is estimated to be billions of dollars.

According to some estimates, China has between 200,000 and 800,000 fishing vessels. This vessel number accounts for approximately half of global fishing activity.

The Chinese government claims that its distant-water fishing fleet, or vessels that travel far from their coast, number around 2,600.

The US remote water fishing fleet consists of less than 300 boats. However, other research estimates that the number is closer to 17,000 than those discovered in North Korean waters by satellite data. In addition, many of these ships are invisible.

Chinese Fishing Fleet And Their Incursions

After depleting the seas near home, the Chinese fishing fleet has ventured further afield in recent years. They are starting to exploit the waters of other countries, including those in West Africa and Latin America.

These places are where enforcement is weaker due to local governments’ lack of resources or willingness to police their waters.

Many Chinese ships scouring Latin American waterways are looking for fish to grind into fishmeal. If you do not know, fishmeal is a protein-rich pelletized supplement supplied to aquaculture fish.

The Chinese fleet has also targeted shrimp. And more recently, endangered Totoaba fish. These species are popular in Asia for the reputed medicinal benefits of their bladders. It can fetch between $1,400 and $4,000 per piece.

China has also attempted to expand its nautical reach via more traditional means. For example, the government has increased its naval force faster than any other country. They sent at least three fleets of Naval ships under construction.

A dozen have advanced research vessels prospecting for minerals, oil, and other natural resources.

They have unprofessional forces without proper training and outside the international maritime law and military rules of engagement. Most are not even aware of the multilateral mechanisms set up to prevent unsafe incidents at sea.

Chinese fishing fleet is most visible in the South China Sea, one of the most contentious areas of the world. They have rival historical, territorial, and moral claims from China, Vietnam, the Philippines, Taiwan, Indonesia, Malaysia, and Brunei.

Apart from fishing rights, these seas are intertwined with national pride and underwater oil and gas deposits. They also relate to political ambition for control over an area that transports a third of the marine traffic.

The Spratly Islands have gotten the most attention in the South China Sea. The Chinese government has erected artificial islands on reefs and shoals, militarizing them with airplane strips, harbors, and radar facilities.

Fishing boats from China help by swarming the zone, overwhelming and scaring potential competitors. They did this in 2018.

They abruptly dispatched more than 90 fishing ships to drop anchor within a few miles of Philippines-controlled Thitu Island. It happened after the Philippine government began modest infrastructure upgrades on the island.

Their Contribution To Overfishing

China isn’t the only country with an irrational fisheries policy. China catches 20% of the world’s wild-caught fisheries — and those are just official figures. However, it does need to devote some time and resources to ensure the sustainability of its waterways.

Instead of spending enormous sums on fuel subsidies, China may be better off funding and enforcing steps to enhance its seas. They should start reducing pollution and reef erosion. It would aid in the prevention of overfishing both at home and abroad.

Regulators in China are fighting a losing battle. China implemented a seasonal fishing ban in the South China Sea in 1999. Their officials followed suit in areas of the Yangtze River in 2002.

However, the continuous decline of both fisheries demonstrates how ineffective those regulations were. In response, a Chinese scientist advocated a 10-year ban on fishing in the Yangtze River, which is vital to China’s economy.

Chinese officials said that they were receptive to the concept. They were even considering a thorough culling of the country’s fishing fleet.

Both steps would benefit Asia’s fisheries, but they are simply the beginning. China would have to demilitarize its fishing boats to make a genuine difference.

In addition, it should clean water and other environmental initiatives. It would elevate them to a national priority on par with Beijing’s air quality.

China has been the top fish exporter for several consecutive years. However, the focus on increasing China’s long-distance fleet has created a slew of issues for fishing communities worldwide.

With underutilized factories and territorial claims on the line, this tendency could worsen this year. Another factor driving Chinese ships into neighboring waters is the need to feed the country’s booming fish meal factories.

The Cause Of Overfishing | Government Subsidies | Overcapacity

The 3 Most Common Fish In The Ocean 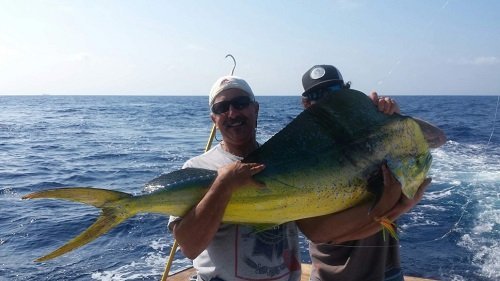